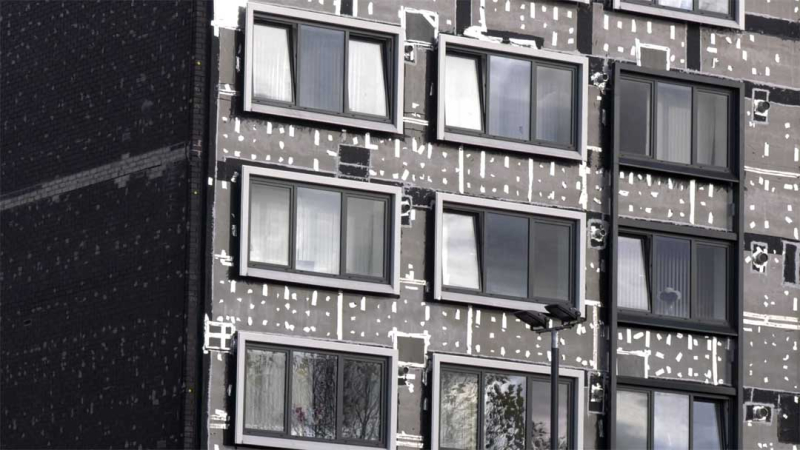 Stanley Tower is a first class example of a very modern dilemma that runs riot through the heart of social housing and the lives of its dependents without anybody on the outside having the first inclination that such an anomaly even exists. I speak of an administrative structural anomaly - not this time of bricks and mortar - but of bureaucratic process and systemic organisation. Something you can't even see with the naked eye.

There used to be two types of rental housing; private landlords for tenants who could support themselves financially and pay the rent independently - and social housing for those who could not. Social housing was open to anyone needing it and you simply joined a list or a queue to have your application dealt with on a needs basis.

Elements of this system still exist, but there is now a third type of housing which is like a "worst of both worlds' hybrid of the other two systems. Many social housing blocks were sold off to private landlords with covenants attached. But the covenants are riddled with loopholes. The upshot is places like Stanley Tower, where a private landlord owns the entity and collects the rent and seeks to maximise profit even though the building is still the only thing between a large group of vulnerable tenants and homelessness. Only 38% of Stanley Tower residents are in employment. Some are ex-convicts who get settled here after serving their term in prison. More are of the type that I made reference to earlier.

My own story is that upon being made redundant in 2014 and losing another job when my employer shut down in 2015, I was served an eviction notice from my private landlord on a flat I had lived in for seven years two miles down the road in the posh waterfront part of town called Salford Quays. I had no savings and no family in the area so I made a round of applications to get on the housing lists until I found my feet once more. All these failed as there is, in fact, no obligation upon housing associations to take on new applicants - despite the commonly held view that there is, in fact, such an obligation. In the nick of time, I got a flat in Stanley Tower. I responded to an ad on the local rentals website.

I am on a benefits payment called Universal Credit.

The point is that we are social housing tenants in all but name yet we have no social protection from an unscrupulous landlord. The next step is homelessness and in my two years here I have seen numerous neighbours turned onto the street. I have seen and heard them protesting outside the building at nightfall in the winter months, huddled on the benches in the park opposite and drinking alcohol to keep warm. Making a racket in a bid to try and get arrested and thereby get a roof over their heads for the night.

Whereas social housing tenants enjoy protection from such a fate, we do not. I have had meetings at the local Citizens Advice Bureau and at the local housing office to get professional guidance on what would happen if I fell out of favour with my landlord or they decided to serve me notice on my one-month rolling contract. Beyond a token appeal against a Section 21 eviction notice, I am advised to find a friend with a couch and a kind heart should that day come to pass.

Don't be under any delusions about some perverse rebellious choice fuelling the rise in doorway sleepers. Check out the brochure handed out on a visit to the ironically named Housing Office.

The general public tends to believe that the social housing system is a safety net at the bottom of the housing crisis. It is not. There is a rung lower and it has no safety net at all.  I’ve a photograph of my copy of a document that my landlord’s managing agent, Stanley Lettings, submitted to a 2016 tribunal hearing. It's the kind of information they don't like airing. I have taken the liberty of red-inking the important bit, which amounts to my landlord's own admission that it bases its rent levels here in Stanley Tower on the private professional market and ignores, as it is well within its rights to, the Local Housing Authority guidelines. And there you have it. The worst of both worlds. Legal loopholes are like waiting rooms in dental surgeries. They built it. They’re gonna use it. 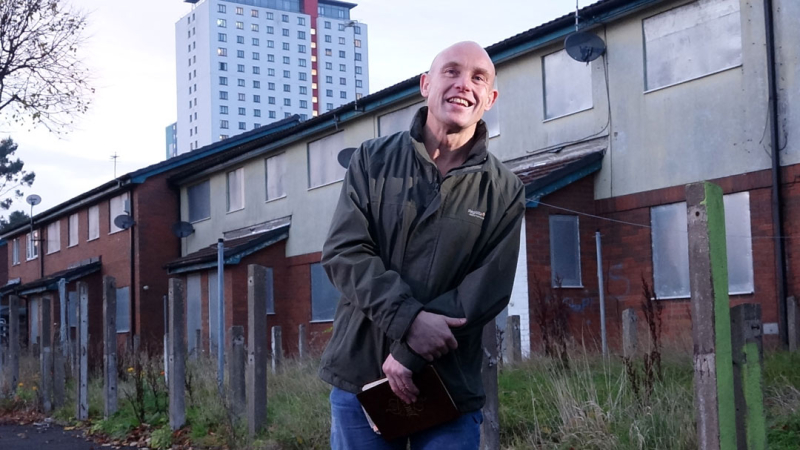