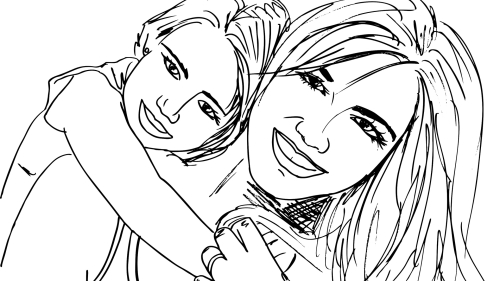 As a video shooter, editor, and reporter, these are my brainstorming, planning, and mapping notes.

The storytelling ideas are based upon the birth of my granddaughter and the context of the world she was born into. The project is in a state of development and the content below continues to evolve.

The creative writing process is driven by imagination, thought-provoking concepts, and the use of language to create new meaning, insights, and understanding. The final media is based upon my research at the Farmington Institute, at the Harris Manchester College, Oxford.

Here is the methodology for the project's storytelling:

ASTA AND THE SILENT TARN

SAVIOUR OF ASTA & HER FAMILY

Gyda is a Danish variant of Gytha. Gytha originates on Old Norse and means "God is gorgeous".

HEROIC SCHOOL FRIEND WHO LEADS EVERYONE TO SAFETY

KEY SUPPORTING CHARACTER WHO IS THE GREAT THINKER THAT BRINGS PEACE

Nordic hamlet raided by Celts from the Cumbrian Mountains

CHART MAP SETTING THE SCENE FOR ABOVE

Located in the Morecambe Bay and its physical geographical features. The scope includes the IOM, Walney Island, Peil Island, the Lune and Wyre, Bowland Fells and Ingleborough.

THE MOST IMPORTANT CHARACTERISTIC AND DEFINING FEATURE.

The aim will be to try and develop a modern approach to oral storytelling, with alliteration and repetition, of language aimed at 7 -10 years old.  Although the contents will include some dark themes, they will not be explicit. All stories will be uplifting.

The essential characteristics and features must be:

Audio content will be added to the multimedia editing timeline. Here, visual images, videos, photographs, texts and additional audio SFX will be added.

The objective is to produce about seven short episodes of about two/three minutes long. (Subject to review)

Continual monitoring will be part of the process, and the objective will be to produce professional media to be made available online worldwide.

Raiders from the North

Asta’s bedtime story. Is it real, a dream or a nightmare?

Setting the scene, settling down for the night, the attack, & flight.

Fleeing/flight to Happy Valley, aided & guided by ‘The Silent Pool’ lady, bats, a parliament of owls

Overlooking the Lune and mountains to the north

Then tension on the approach of the Celts.

Pulled to safety & flight to safety

Describe the carrying off Gyda (Helen of Troy)

Support and help of animals (Think about characterisations of these)

Arrival at the Hunting Lodge at Happy Valley.

DO THESE MATCH AUDIO SFX?

Remember, who is this aimed at? Does it work for them?

RESEARCH AUDIENCE(S) & similar content. What are the learning points?

What are the learning points?

What is the role of the audience, viewer, or reader?

What are there expectations?

The journey through the forest at night to salvation. Complete this.

Escaping down the winding river, across the sea to the magical island in the West.

Guiding the long boat and removing the Celts from the castle.

Victory at a price.

The story of redemption.

Flight through the forest at night

The shelter at Abbeystead hunting lodge

Can this easily be linked to a powerful audio track?

Shivering, shaking, blinking, I suddenly woke from deep sleep to a nightmare. Hearing terrifying cries, filling the nights' darkness with violent echoing chaos, I put my head under a pillow.

Arrows took the last breath away from the night watch and silenced the guards.

Now howling and screaming, the violators charged, kicking in doors, entering, and ending the lives of families stumbling from their last slumbering movements. Oozing blood flowing from the living signalled the ending their conscious existence. Final screams and gurgling from surprised gaping mouths signalled their ending. They had no chance.

The burning hamlet on Priory Hill sent flaming fingers upwards. Reflecting clouds lit up an image of bedlam and hell.

Grabbing my hands, with the tattoed raiders storming up the stairs, Leif and Magnus, were lowering me out of the window, as the old world was ending. Capturing Gyda and dragging her away, the torched the wooden house and cremating the inturned bodies.

These are the worst scene from the nightmares haunting my early life. May you never experience the miasma from hells infernos of the burning stench of human flesh and panicking, baying animals escaping flaming barns.

Stumbling along a hidden forest path with night birds guiding and flanking our paths to safety, a parliament of Tawney owls were scouting the escape route. Bats sonic screeching helped by spotting hazards and fallen trees. A chorus of hooting was guiding the fleeing refugees. Silent, sure-footed roe deer guarding the flanks, helped by propping us up, stopping us falling.

Away to the North West, on Priory Hil, evil skies were still reflecting the evil raiders angry red and yellow flames started by.

At the ending of the escapade from the raiders, the trooping deer, who had been skilfully, and very, very quietly escorting my frail party, led us into a secret hunting lodge hidden high in the foothills of the fabled Table Top Mountains.

The refuge was guarded by dense thickets, fast flowing rivers and small lakes. Only the best and fittest survived here. Eagles and birds of prey, carrying out high-level reconnaissance from the skies, were searching, scanning, and circling the hidden refuge for signs approach from the marauding kidnappers.

A beautiful Viking princess with long, pleated golden hair and ice blue eyes, massaged, nursed my bruised, aching body with pine and wildflower oils. Her hands firmly stroked my tired muscles as I faded in and out of dreams. Humming a gentle lullaby while she was tirelessly nursing me, my mind floated in an out of consciousness. Was the attack and escape a nightmare? Did it really happen? Where am I? Was I awake? In a dream or nightmare? Why was my mind adrift from my body? All the time, I was nursed and cared for by a caring angel, who gave me warmth, light, and love to fight off the evil darkness where despair and destruction wrecked bodies in cruel, callous acts of violence. Tortured souls howled and screamed.

For two days, laying low, we spent sleeping, talking, planning, and discussing escaping from our catastrophic nightmare. Staying locked in the warmth security of our safe house would have been the easy option. The will and the desire to save Gyda and try to do something positive was the winning option.

Again, with the roe deer silently guiding us through the thickets we found a small coracle tied to the moss-covered bank of the fast-flowing river bank. With salmon and otters escorting us, the leather craft was soon quickly bobbing down the winding river. Birds, wrens, robins and crows were keeping a sharp lookout. Ferrying past rocky rapids, valley troughs, deep pools with swirling whirlpools, we escaped to the sandy estuary where the river entered the bay. Here the deer and bird friends handed over the watching brief to gannets, petrels and black-backed gulls. Darting, dancing, glinting dolphins began towing the tiny craft over the blue seas to the magical castle on the island in the west where the sun sets.

As the moon was waxing, the dolphins were safely guiding us into a sheltered cove hidden from prying eyes and the evil raiders.

Scheming how to rescue Gyda in the magical island castle, Magnus, the wise, began slowly evolving his cunning plan with the horned, helmeted Norsemen. Leif used his heroic father’s links to build up new friendships with the clans, families and alliances that had evolved from his family’s proud heritage exploring distant lands across the ocean toward the setting sun.

Constantly, the petrels and swallows were bringing news of sightings and developments on the movements of the northern raiders. A drugged and tied up Gyda was being taken north into the Purple Mountains and the home of the Celt marauders.

Circling high over the hill route to the northern, purple mountains, buzzards following the raiders were constantly informing on the raiders movement. Magnus, thinking, working hard, and mapping out the information, was developing a courageous plan to save Gyda. In the briefing for the raid to save Gyda, Magnus was delegating duties and tasks. Whales and dolphins for aiding the rescue party across the blues seas and into the sandy estuary. Flights of birds were the eyes and ears with deer and hares leading the heroic rescuers to the brigand’s camp.

Tawney owls coordinating the rescue, hooting as dawn was breaking, were secretly scouting the approach route to the brigand’s den. Asta, Magnus and Lief riding on the backs of the deer, knowing the otters were breaching the stockade, prepared their stun grenades and laser swords. Creeping through the silent, sleeping enemy den with snoring Celts, quietly waking a trembling Gyda, Leif treading silently led the brave raiders to the safety of the surrounding forest.

The animal friends, escorting the rescuers, gave no clues away to the drunken Celts. At the estuary, a school of whales, towing the long boat, ploughing the gentle waves, sped the rescuers to safety.

Gyda, crying, laughing, speaking, was telling the party of her ordeal when the golden eagle landing on the balcony, told how the Celts, fighting a losing battle with the forest animals, were being driven out of their mountain dens.

Celebrating the victory, Asta, proclaiming peace, made a declaration of independence for the animals and the people the magical land of the Winding River.