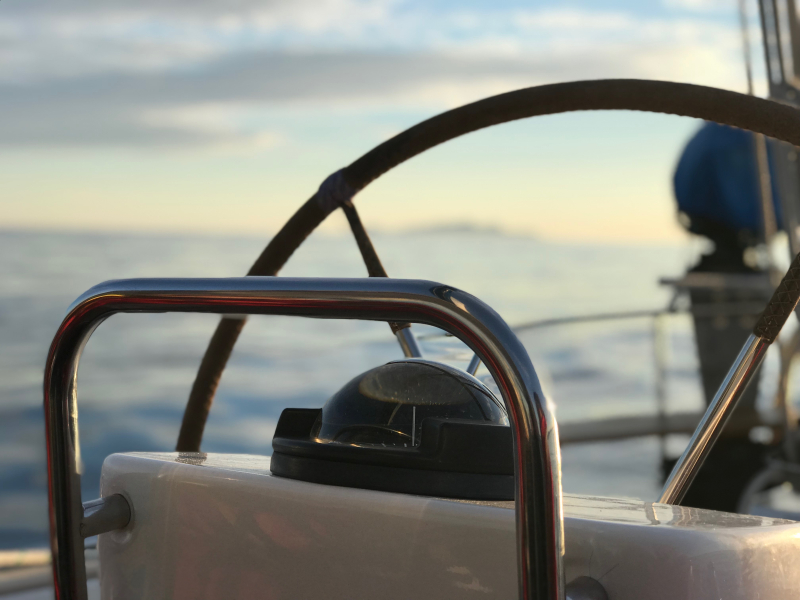 At 62°00’N, the Faroe Islands lie midway between Norway and Iceland, about 4° south of the official boundary of the Arctic Circle.

There is an ongoing discussion about defining the boundaries of the Arctic — highly relevant for these islands, whose government just released an Arctic policy entitled: The Faroe Islands – a Nation in the Arctic. This self-governing region is part of the Nordic family of nations, but are these remote islands Arctic?

The islands are found at the heart of the Gulf Stream, delivering a cold oceanic climate, which means that the islands do not experience a long-lasting accumulation of snow. 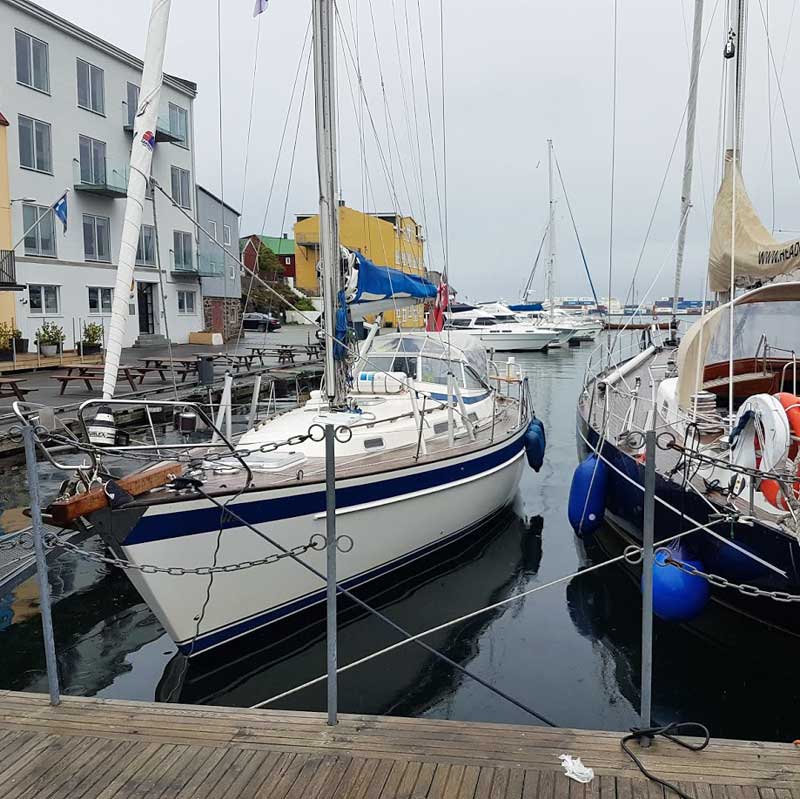 The average temperature in July is an important environmental and biological indicator of ‘northernness’. An average temperature of 10º C closely corresponds to the tree line. If we use this indicator, large terrestrial areas of the Faroese archipelago mountains are indeed Arctic.

The harsh climatic conditions and the expected consequences of Arctic industrial development here lead me to conclude that the Faroe Islands will indeed be an important stakeholder in the Arctic’s future. 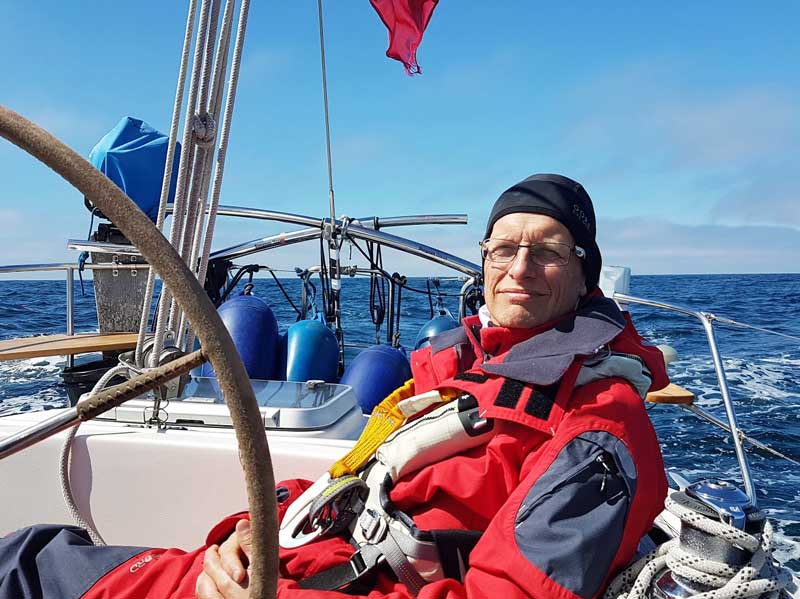 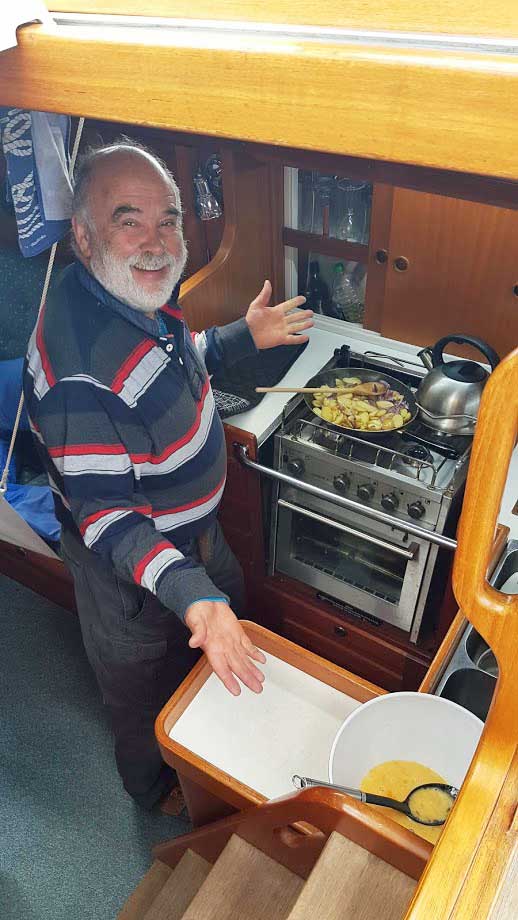 Tórshavn is about 240 miles south of the Artic Circle.

The climate is classed as subpolar oceanic climate with areas having a tundra climate, especially in the mountains, although some coastal or low-lying areas can have very mild-winter versions of a tundra climate. The overall character of the islands' climate is influenced by the strong warming influence of the Atlantic Ocean, which produces the North Atlantic Current. This, together with the remoteness of any source of warm airflows, ensures that winters are mild (mean temperature 3.0 to 4.0 °C or 37 to 39 °F) while summers are cool (mean temperature 9.5 to 10.5 °C or 49 to 51 °F). 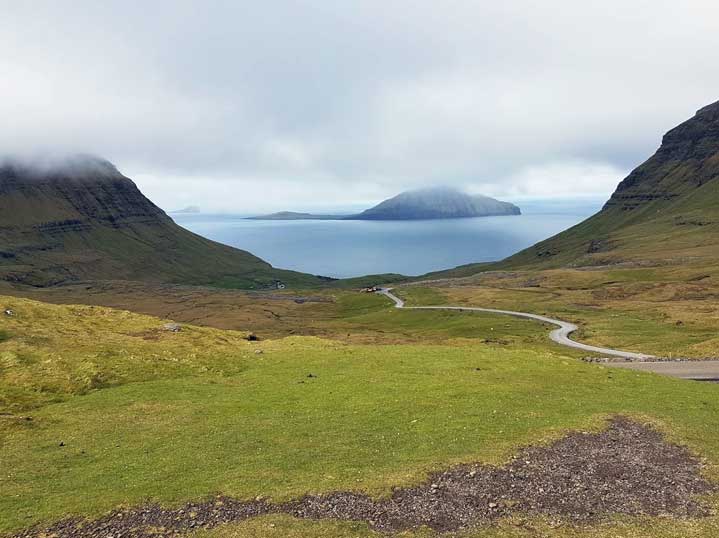 A summer day.  Big 100mph storm winds in the winter.

The climate varies over small distances, due to the altitude, ocean currents, topography, and winds. Precipitation varies throughout the archipelago. In some highland areas, snow cover can last for months with snowfalls possible for the greater part of the year (on the highest peaks, summer snowfall is by no means rare), while in some sheltered coastal locations, several years pass without any snowfall whatsoever. Tórshavn receives frosts more often than other areas just a short distance to the south. Snow is also seen at a much higher frequency than on outlying islands nearby. 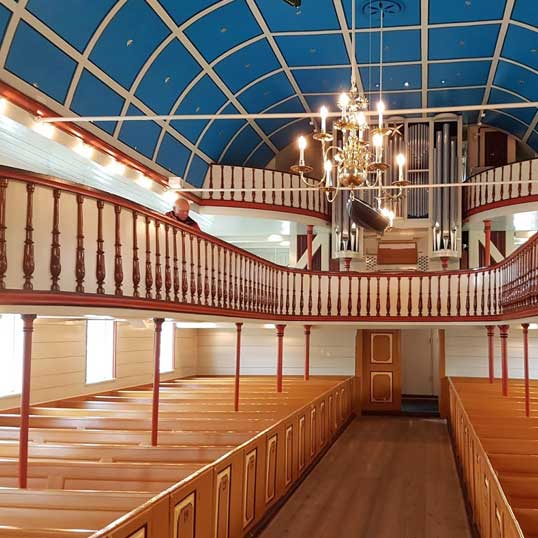 Be prepared psychologically, mentally, and physically for the impact and effects of cold northerly winds. This sap and drain energy and life from your body. Together with driving rain, ocean spray, and the regular northerly swell, this is a hostile environment. 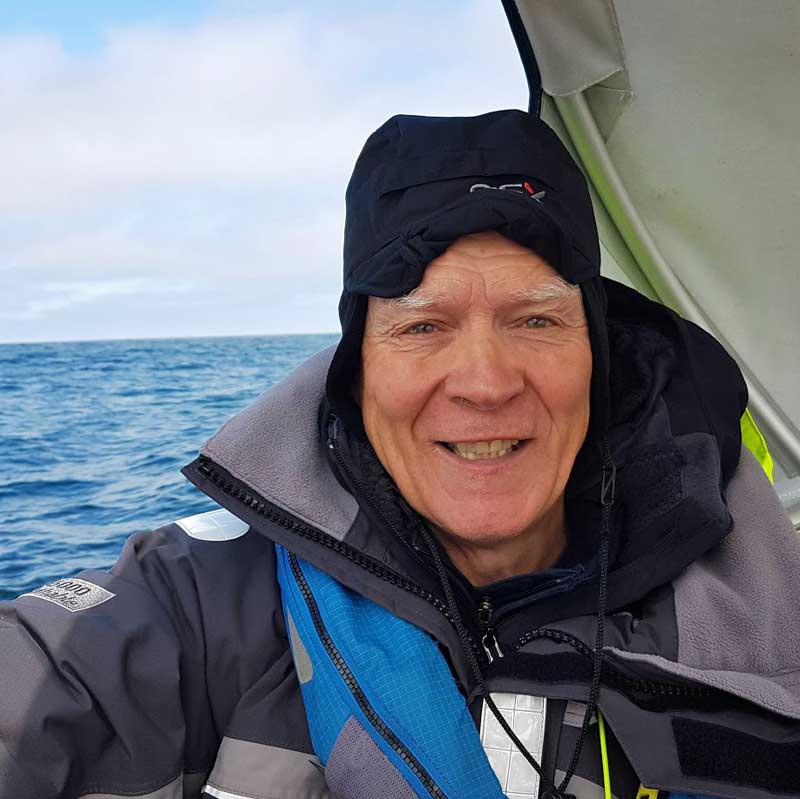 The weather and environment affected on all the crew. We quickly adapted two hours on, four hours off watch system.

For me, a highlight of the voyage and a personal saviour was lying in a four-season sleeping bag in the forepeak berth while hell and the maelstrom battered the boat.

The proud, stoical Faroese character has been forged from Viking blood, Christian piety, Scandinavian openness, and awe for the humbling nature that is all around. So even if the weather proves uncooperative, these islands are likely to surprise and delight even the most cynical traveller.

There are 18 islands in the Faroes group, and they all stand fully exposed to the fury of the North Atlantic. It is a windswept place, and not a destination your average yachts person cruises, so you need a bit of a pioneering spirit for these voyages, like ocean crossings. Stopping on the Faroe Islands is always special. At least two or three islands will be visited, depending on wind and weather. 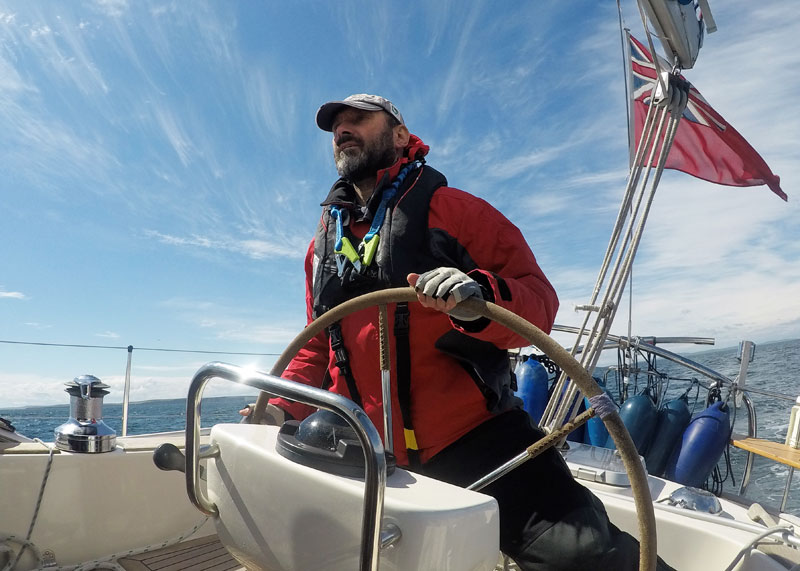 Vernon Needham when he is not sleeping

Situated in the far north Atlantic, 200 miles north of Scotland, these wild and windswept volcanic islands are one of Europe’s best-kept secrets.

Like Iceland, the Faroes are unspoilt and untamed. The weather is a significant feature for visitors.

The weather and tides dictated where we sailed exploring the islands. Natural erosion has created deep sounds between the islands, many providing shelters from the rolling Atlantic swell and severe weather.

As they are located so far north, the Faroe Islands experience very few ‘dark’ hours, in the summer.

During the last few decades, the Faroese have built a system of tunnels through the mountains and under the ocean passages between islands to accommodate a system of roads that connect all the towns and even the small villages. Children will speak of how many “tunnels away” they live. One of the highlights of our stay in the Faroes was a four-tunnel bus ride.

For the cruising sailor, of course, the first issue is getting there. From Cape Wrath on the northwest tip of the Scottish mainland to the southernmost Faroe Island of Suduroy is about 180 nm. The passage from Shetland is only slightly shorter. The passage from the east coast of Iceland is about 230 miles.

Another issue is the tidal currents in the Faroes.

Here is a spoken narrative via SoundCloud about voyaging the North Atlantic Ocean. The trip involved a small sailing yachting.

Although the rise and fall is only a meter or less, the currents generated through the many narrow passages can be fierce, and the overfalls (breaking standing waves) near the entrances to these passages can be frightening and may be dangerous. A local publication with hourly diagrams called Tidal Current Around the Faroe Islands created by Fischer Heinesen is worth having aboard — but is presumably only available after you get there and is useless unless you have local knowledge of when high water occurs.

Then there is the weather. The Faroes lie right in the track of the North Atlantic lows that march across from Labrador, skirting the southern tip of Greenland and southern Iceland before slamming into Scotland and southern Norway. So, one can expect wind and rain in the Faroes from time to time throughout the sailing season. However, there are plenty of places to seek shelter once arrived in this island group.

The adventuresome sailor should not be deterred, for the Faroe Islands are truly spectacular. The people are very friendly, and all of them speak good English. Most of the fjords and inlets have towns with fabricated harbours in which it is usually possible to tie up, although Torshavn has a marina with pontoons large enough to accommodate a yacht of 40 feet or more.

We sailed from Kirkwall in the Orkneys to the southern Faroe Island of Suduroy in less than 48 hours.

Until recently, all we knew of the Faroe Islands, were a craggy cluster of Volcanic islands somewhere between Iceland and Scotland.

In many ways, arriving with little to no knowledge of Faroese land or culture was brilliant, because it allowed us to see everything with fresh, unprejudiced eyes. 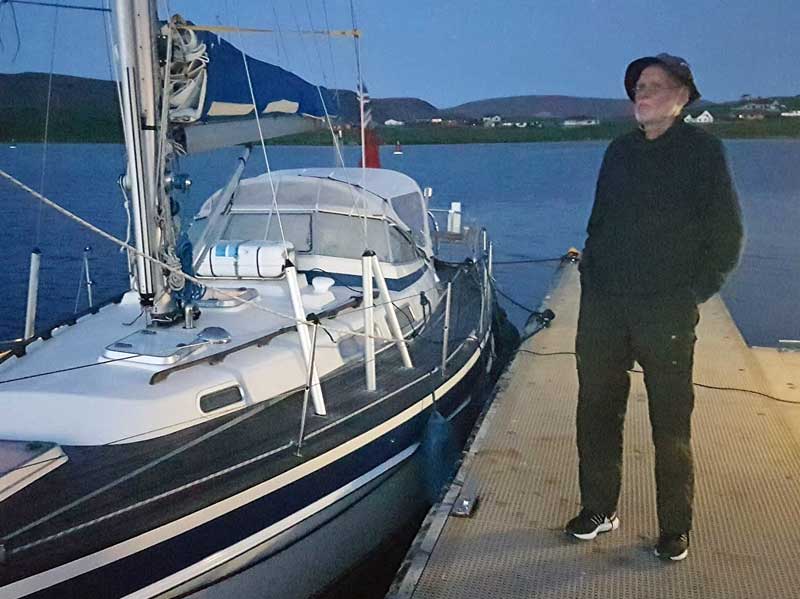 Lars Lemby arriving in the midnight sun at Scalloway Shetland

In summary, there's one thing that will underpin your entire trip right from the very start: the only thing predictable about the Faroe Islands’ weather patterns is that they are wildly unpredictable. In fact, there's a saying in the Faroe Islands that if you do not like the weather, wait five minutes - something we came to understand within the first few minutes of being there.

The reason for this huge weather variation is the Faroes position in the middle of the North Atlantic. Here, the warm waters of the Gulf Stream swirl around with the icy waters of the Arctic, creating the perfect melting pot for some pretty crazy weather concoctions.

You'll never really know what's in store for you each day - though grey skies, cloud, and wind are a pretty safe base level to work off - but once you've accepted that fact, the islands become a fascinating adventure through the weather. It does pay to have some flexibility in your planning, as ferries are cancelled in poor weather conditions and your plans may shuffle around. Suderoy after a cold bumpy crossing from Orkney

In winter, temperatures average about 2-6° (not much cooler than London!), while summers are cool and breezy with an average temperature of 9°. It is not the destination to come if you are looking to work on that summer tan, but we promise the epic, rugged views make having to pack a few extra layers worthwhile!

It seems insane that such a windswept, isolated and seemingly harsh landscape could have been happily inhabited for thousands of years, and yet, since the sixth century the Faroe islands have been home to Irish hermit monks, Norwegian Viking settlers, and of course, lots of sheep. Much of their language, culture, and food evolve from old Norse traditions.

Today, the Faroese population numbers about 50,000, and the islands are home to a pretty diverse range of nationalities. 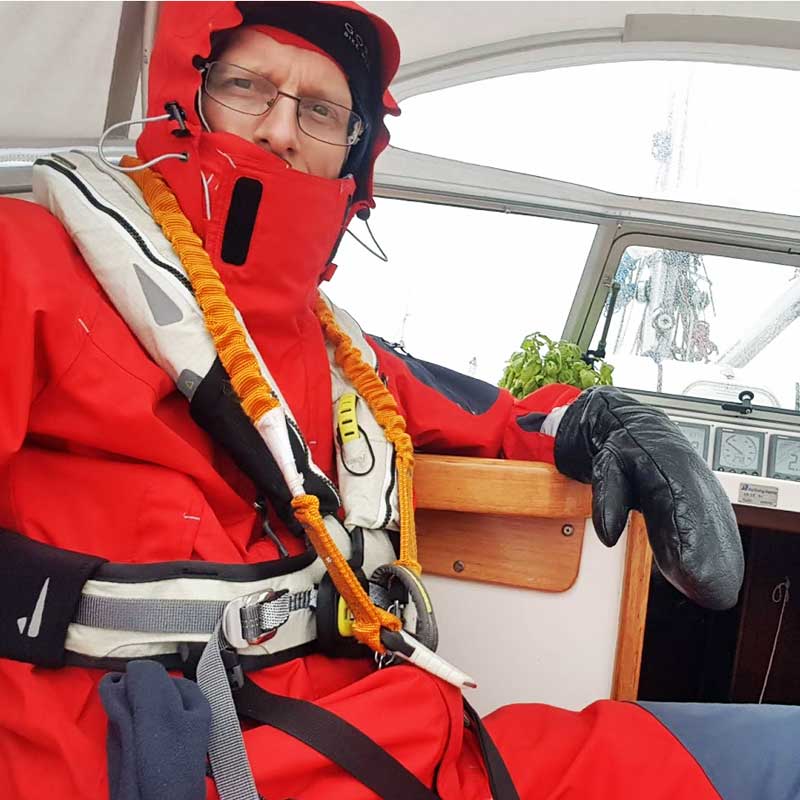